Four ambulances filled with the most necessary medical supplies, protective gear, and food reached the Ukrainian medical battalion. Thanks to the kindness and solidarity of the local community, the collection of supplies was carried out in less than four days.

A fundraiser to help Ukrainian medics

At the beginning of March, we received a request for support from a Ukrainian medical organization. The front-line relief battalion provided a list of the most needed medical, protective and food supplies.

“Although the JohnnyBros Foundation primarily supports the development of the local community and the innovative culture of the Polish IT sector, we could not remain indifferent to the harm that has hit Ukraine. We know how huge the deficit of ambulances there is to transport and help the wounded and the sick. Our friend from the Ukrainian medical battalion sent us a list with the most necessary medical and protective supplies needed at the moment, which also included ambulances. Without hesitation, we undertook the action to purchase and transport ambulances to Ukraine”, says Julian Pawlukiewicz, founder of the JohnnyBros Foundation.

Ambulances have been equipped with, among others, defibrillators, respirators, medical oxygen cylinders, stretchers, and orthopedic boards. After purchasing ambulances, on March 4, we launched an express collection of items to fill the loading space of vehicles as much as possible with the necessary supplies for Ukrainian medics. 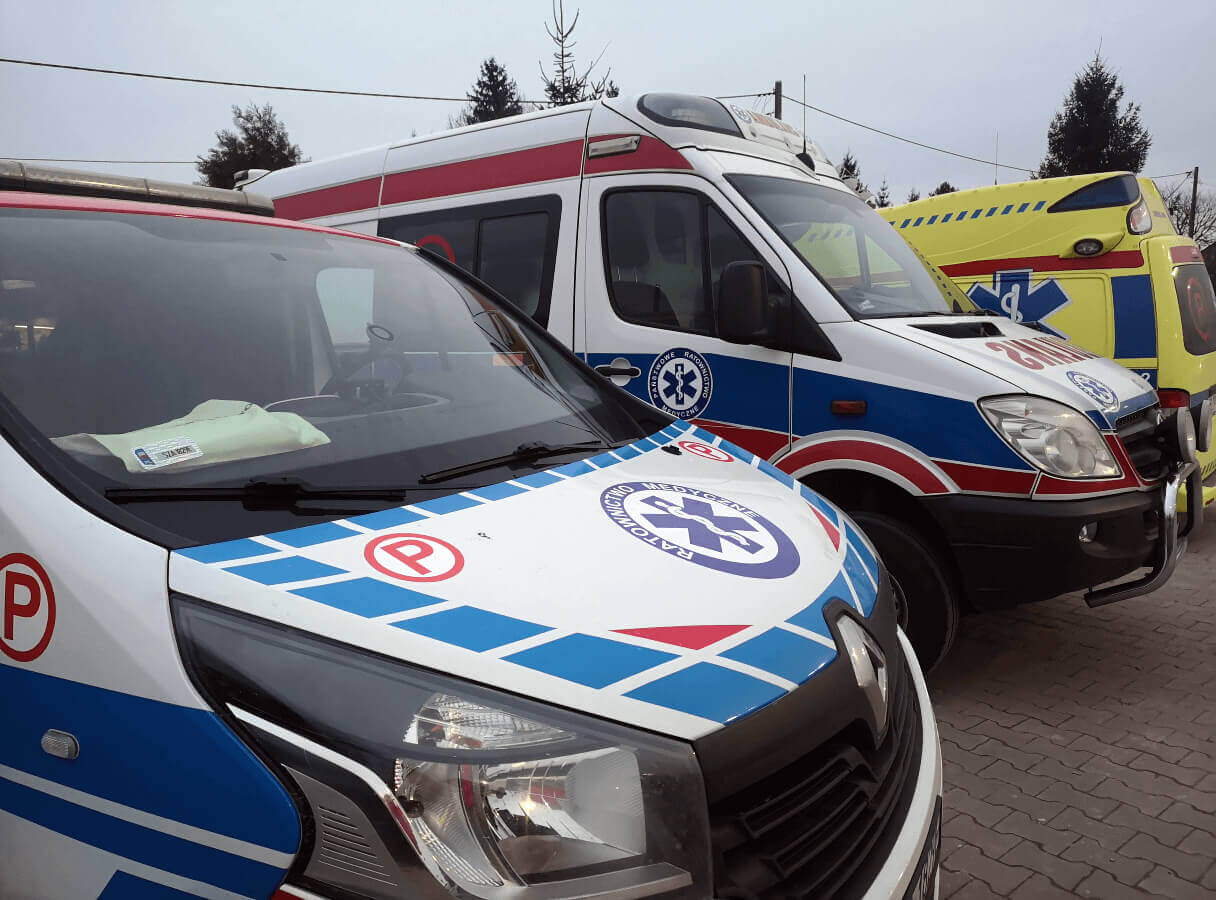 JohnnyBros employees were also involved in helping. They provided necessary items, made donations, but also helped with the organization of the collection, logistics, and transport of ambulances abroad. 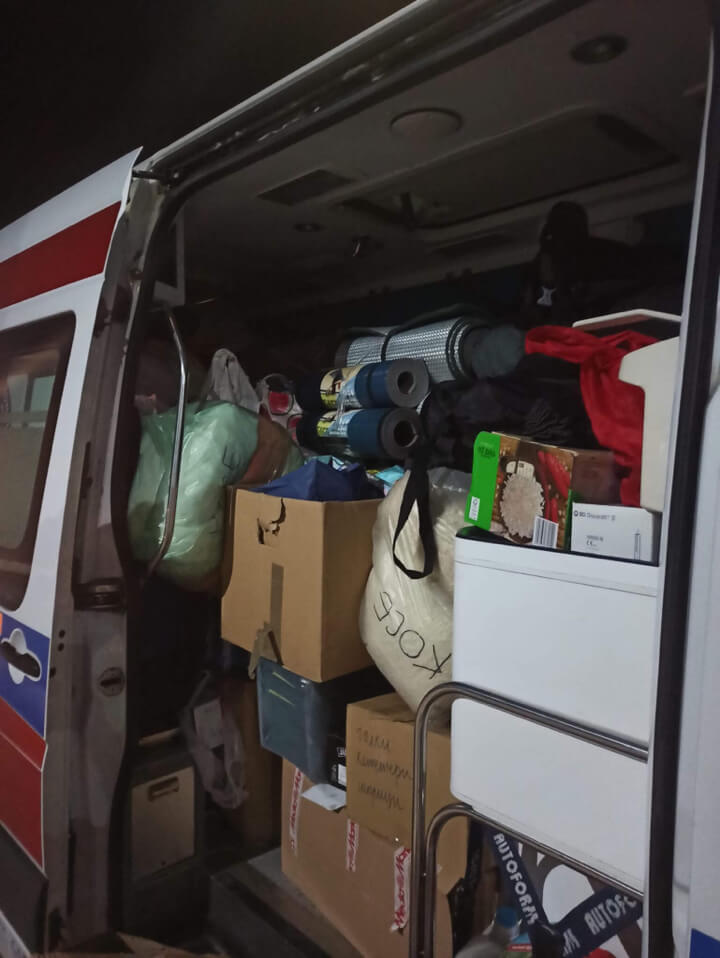 “Thank you for the positive response and gestures of solidarity. On Friday afternoon, we launched a fundraiser, and on Wednesday morning our transport filled with gifts was ready to go to Ukraine. Among the people who joined the initiative were Internet users, who helped us to promote the action, sharing the post with information about the fundraising campaign nearly half a thousand times. As a result of enormous mobilization, we filled all four ambulances with the necessary equipment in practically two working days. Thanks to the goodwill and commitment of wholesalers and organizations that often devoted their private time, it was possible to reach many resources that are currently difficult to access. We are glad that many companies share our values and this is reflected in their actions”, says Jakub Zyskowski from JohnnyBros, the fundraising coordinator.

Humanitarian transport from Gdańsk to Ukraine

Ambulances filled with equipment and collected gifts reached the Ukrainian medical battalion. The safety of the transport was supervised by volunteers from JohnnyBros who expressed their willingness to go. The convoy was led by Julian Pawlukiewicz, founder of the JohnnyBros Foundation. 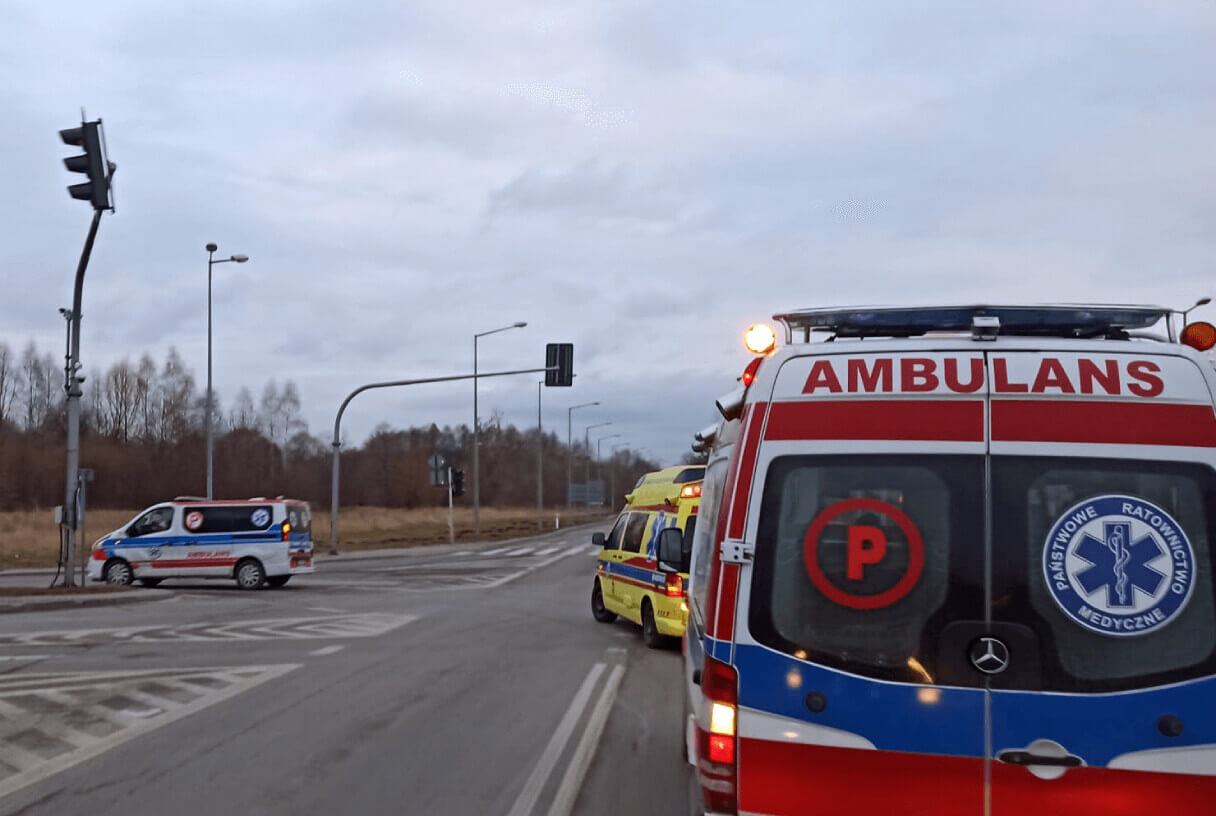 “On Wednesday morning, we set off from the JohnnyBros headquarters to Ukraine. On the Ukrainian side of the border, delegates from the friendly medical battalion were waiting for us. We gave them the ambulances and the equipment that will help them continue their work, helping those in need. The journey lasted several hours, but the joy of helping overcame all my fatigue, although it was mixed with a strong sense of injustice for the Ukrainian people and the horrors of war they are experiencing. Deep down, I hope it will all end up soon. I express my wholehearted support for the Ukrainians!” - reports Wolfgang Szewczul, a volunteer from JohnnyBros. 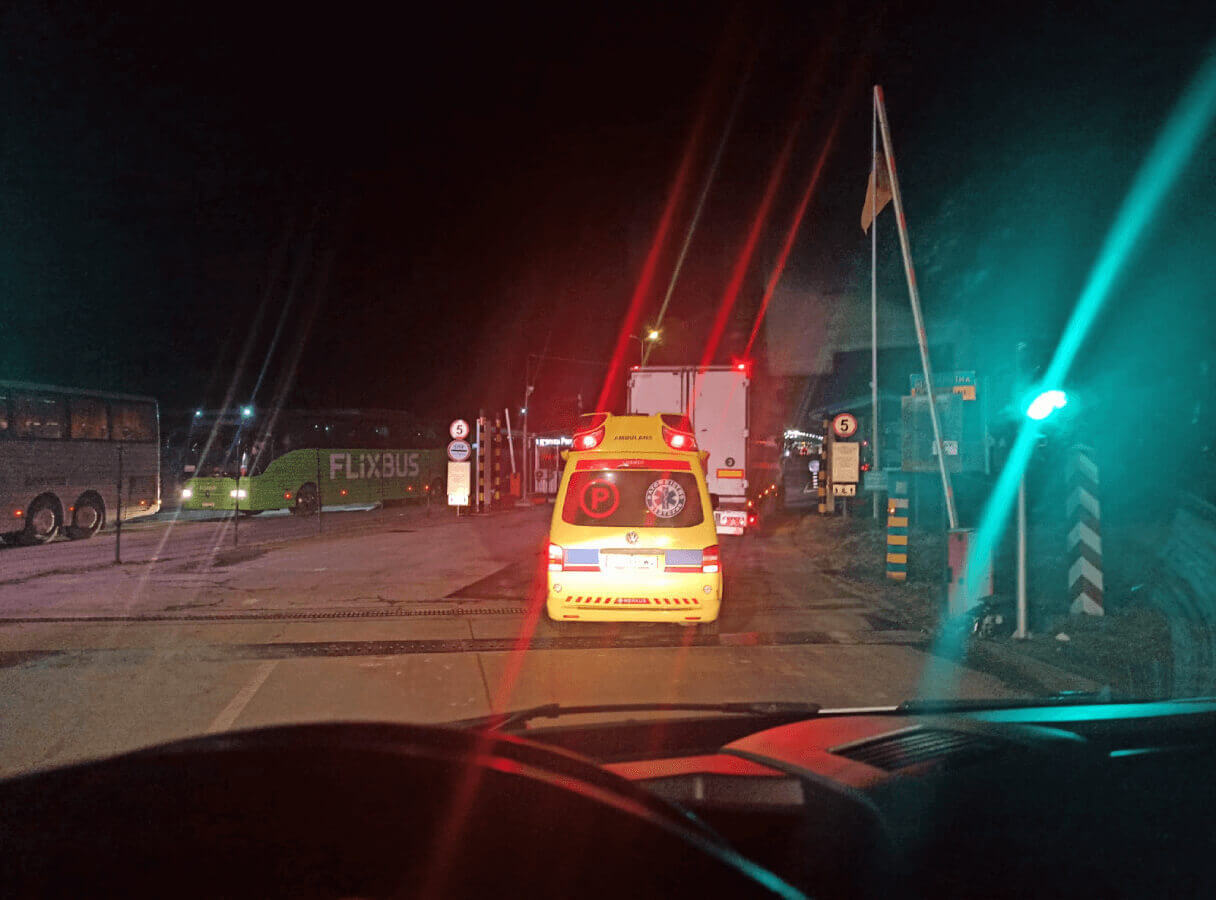 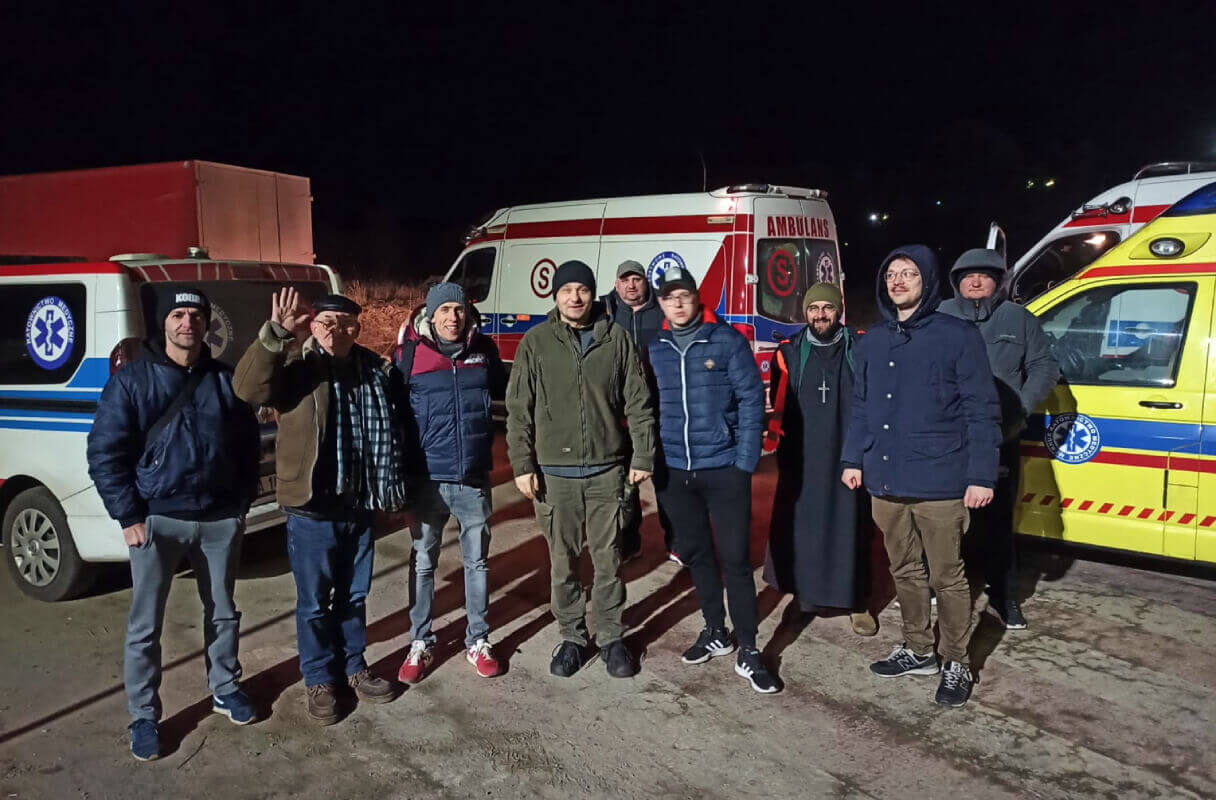 After handing over the ambulances, our volunteers were transported back to Gdańsk. In total, in addition to the four ambulances, Ukrainian medics received, among others, pulse oximeters, glucometers, first aid kits, bandages, drugs, syringes, and tourniquets, which were particularly needed.

Do you want to support Ukrainian medics? 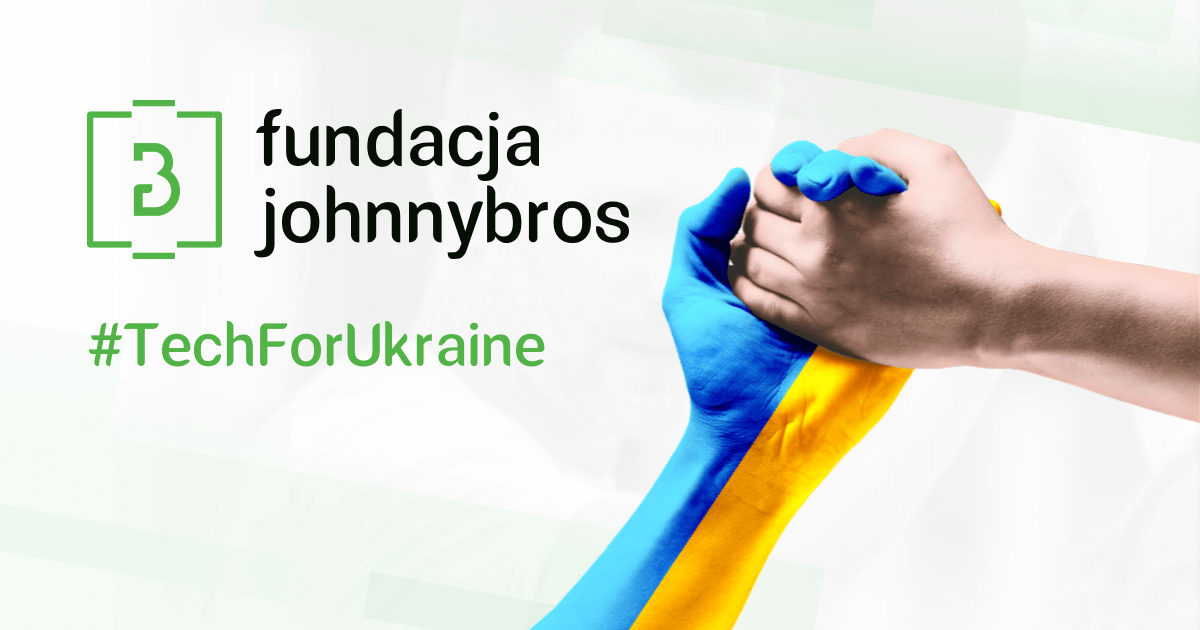 Our transport has reached Ukraine, but we are still in touch with the local medics. The demand for drugs, medical and protective supplies and food is huge and further help is needed. If you want to support the Ukrainian medical battalion, please make a donation to the Foundation's bank account. All donations with the title "Pomagam Ukrainie" will be allocated to help Ukrainian medics.

PLN 100,000 to help Ukraine as part of the #TechForUkraine fundraiser 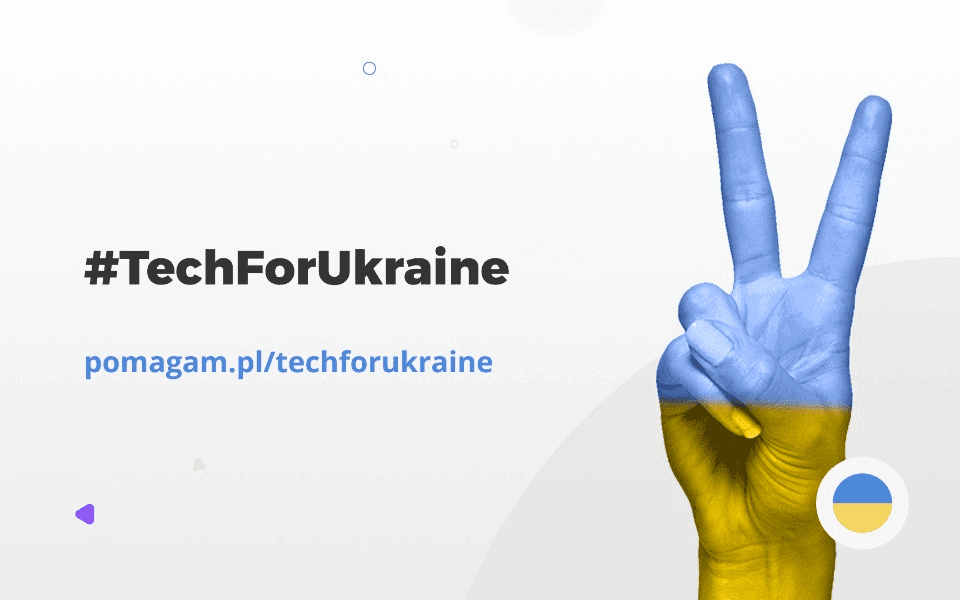 As part of the humanitarian aid for Ukraine so far, we have also donated PLN 100,000 to support financially the #TechForUkraine fundraiser organized by Just Join IT. Funds will be donated to Ukrainian humanitarian aid organizations.